Guide to the Acropolis, Athens

Guide to the Acropolis, Athens

The Acropolis is Athens’, and Greece’s, most iconic archaeological site. A visit to the Greek capital without including the Acropolis would be like Paris without the Eiffel Tower, or Rome without the Coliseum – simply unthinkable!

In this travel guide, we run through everything you need to know before and during your visit to this incredible and totally unmissable site. 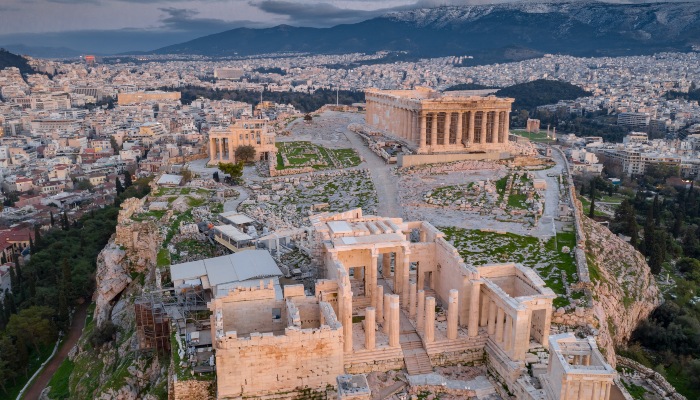 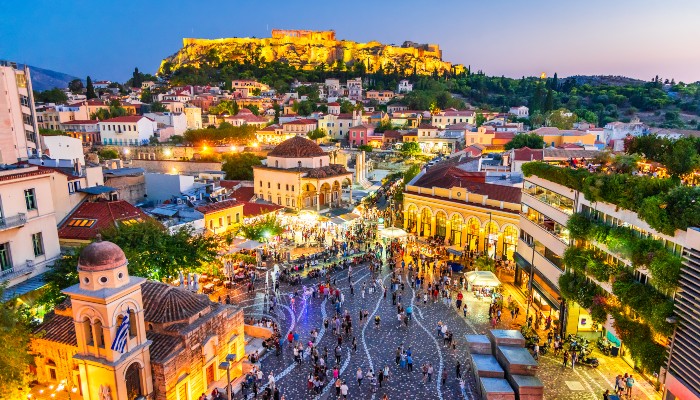 The Acropolis translates from ancient Greek as ‘High City’. The complex is set atop and down the slopes of four hills in the historic center of Athens. The sprawling site consists of many archeological sites – we run through the most important below – and has at times served as a fortification, a royal residence, a religious center, a supposed home of the Gods, and as you find it today: a UNESCO-protected heritage tourism site.

The oldest relics in the complex date back as far as the Mycenaean Bronze Age, but the site really came to prominence under the Athenian golden age, from the 5th century BC onwards.

The Acropolis complex was listed as a UNESCO World Heritage Site in 1987. Today the site sees close to 2.9 million visitors per year. 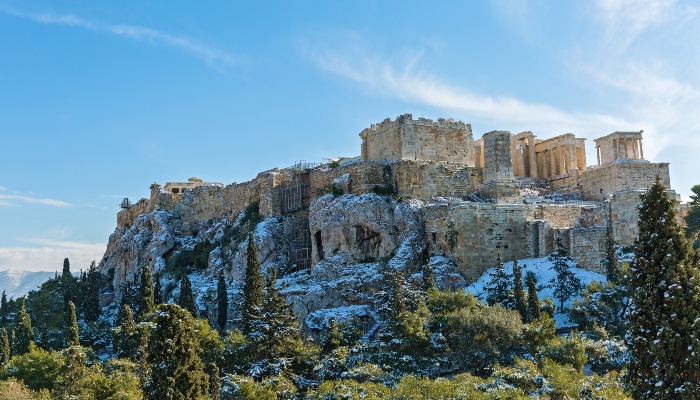 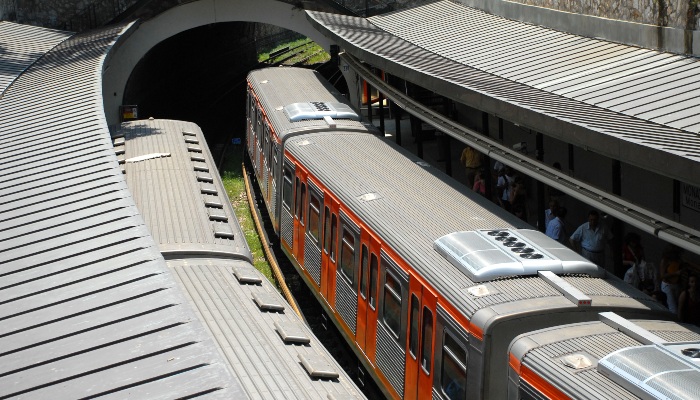 Aside from a few selected public holidays, the Acropolis is open every day of the year. If visiting during the summer months, it’s best to plan your visit for the early morning or late afternoon to avoid the mid-day heat. Opening hours are from 8am until sunset – with closing time dependent on time of year.

The Acropolis complex is well connected by public transport, with its own dedicated metro station, and well served by several bus lines. Of course, all taxi drivers will know where to go too! If you book your tour with Unforgettable Greece then of course we’ll be sure to put you up in one of our preferred hotels within an easy walk of the complex. 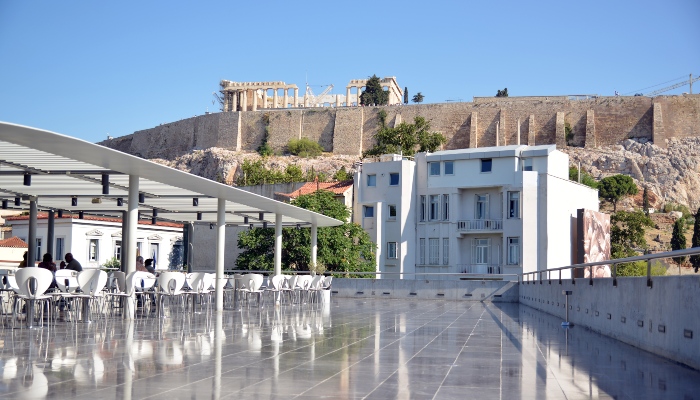 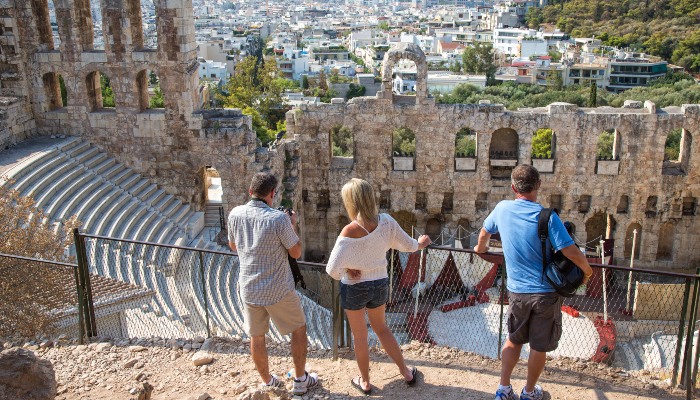 Tickets can be bought on the day – there are ticket offices located on both east and west sides – but to skip the queues (which can be over two hours on busy days) we strongly recommend booking your tickets online in advance. As of 2021, ticket prices were €20 between April and October, and €10 from November to March.

It’s possible to join a shared guided tour or arrange a private guide for an additional fee. Audio guides are also available. Remember of course that all these details can be taken care of if booking your full tailor-made tour with Unforgettable Greece! 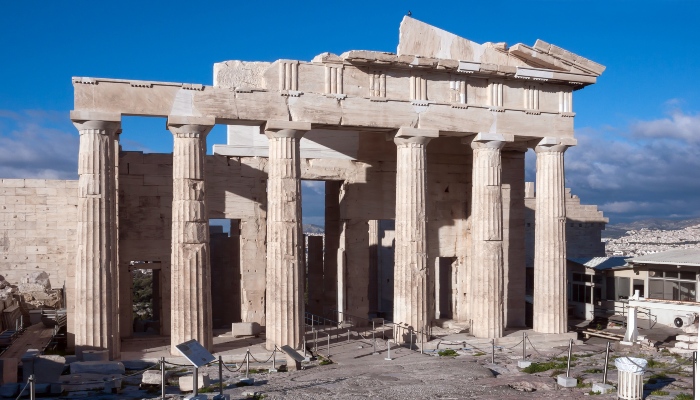 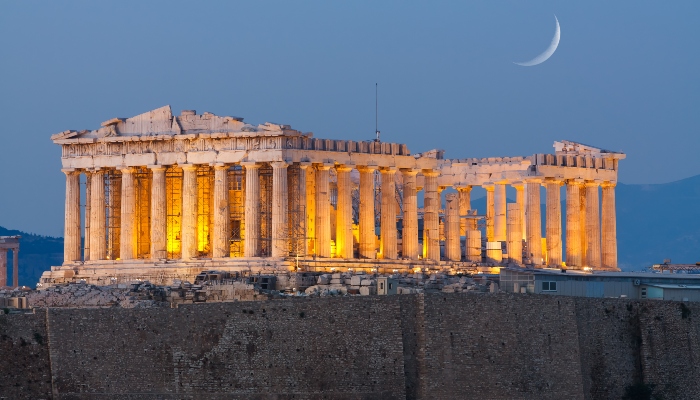 You’ll enter the Acropolis through the Propylaea, a monumental gateway that marked the entrance to the ancient city. Similar examples were found in cities all across ancient Greece, but the one here in Athens was by the most impressive.

Soaring high above the city, the Parthenon was the absolute center of religious life in ancient Athens. It was built around the 5th century BC and was the most impressive structure seen anywhere across the Greek mainland – and remains a staggering sight to this day. 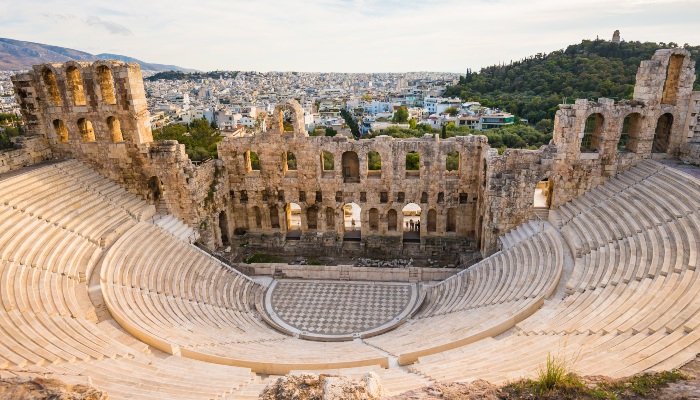 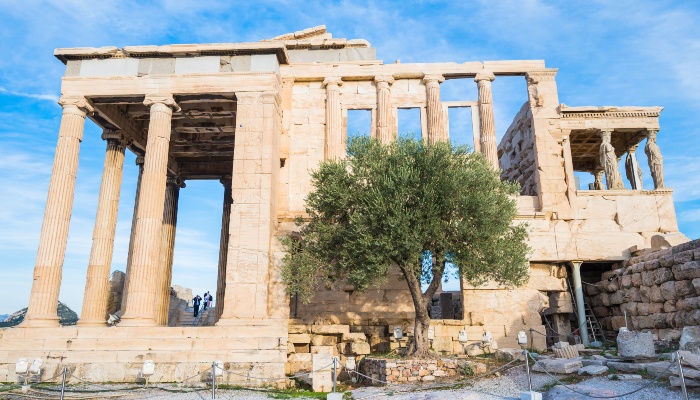 To the rear of the Parthenon is the Temple of Athena Nike. Dedicated to the goddesses Athena (goddess of wisdom and warfare) and Nike (goddess of victory), and is believed to have been built to celebrate victory over the Persians in 480 BC.

Over on the southwestern slopes of the Acropolis, the Odeon of Herodes Atticus. Built around 161 AD in honor of his was Aspasia Annia Regalia, this huge theater had a capacity of up to 5,000 and housed music concerts and plays. Renovated in 1950, it’s still in use today!

Lastly, one curious but not-to-be-missed sight is the most scared Moria olive tree, set in front of the Erechteion temple. It’s thought to have been a gift from Athena to her proteges, and have survived centuries of change and upheaval in the Greek capital – and thus now stands as a symbol of the city. 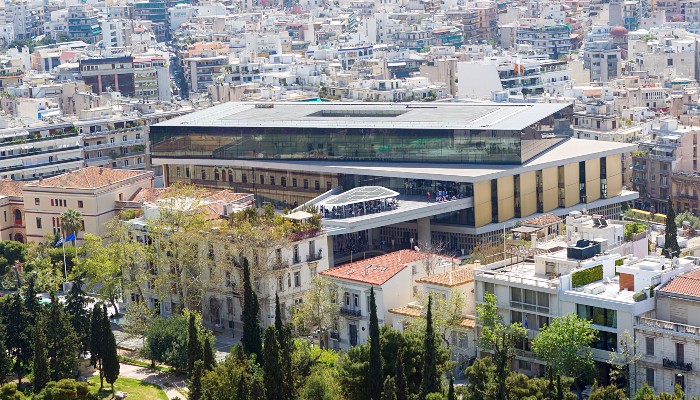 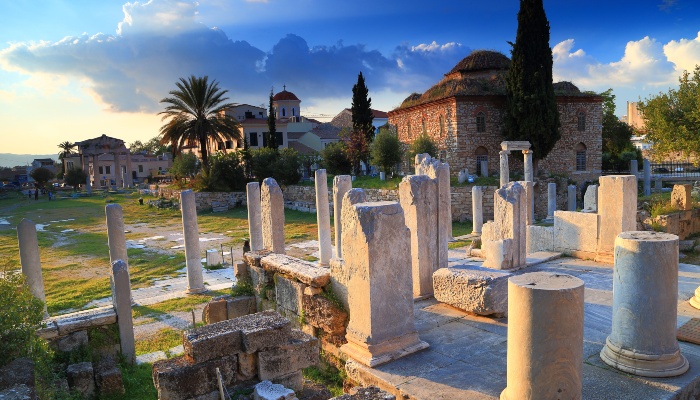 If you do have some extra time to dedicate to your visit then a walk through the Acropolis Museum is a must. Set below the southern slopes of the Acropolis, it houses every artifact or relic found within the ruins, dating from Bronze Age, through the Romans, and up to Byzantine Greece.

To the northwestern side of the Acropolis, the Roman Agora was the central square of ancient Athens – a community meeting point for discussions on issues of the day, politics, law, philosophy, and general tittle-tattle.

To the immediate east is the Temple of Olympian Zeus. Also known as the Columns of the Olympian Zeus, this was once an imposing temple dedicated to the chief of the gods, Zeus. It is believed to have been constructed during the peak of the Olympic Games, around 470 BC.

Finally to the north of the complex is Hadrian’s Library. Bult by Roman Emperor Hadrian in AD 132, this site was both a forum for lectures and philosophical discussion, and a house for all manner of literary, legal, and administrative documents. 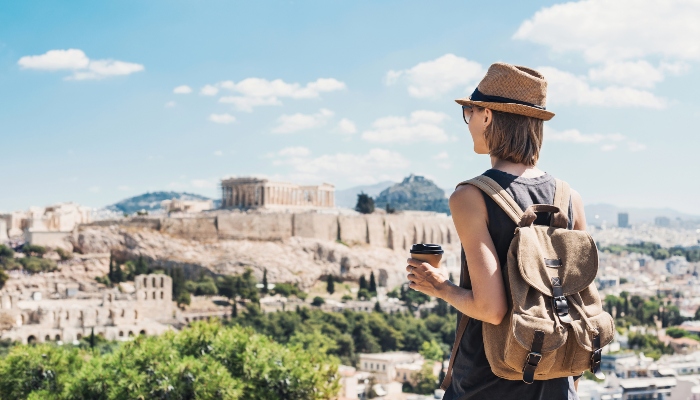 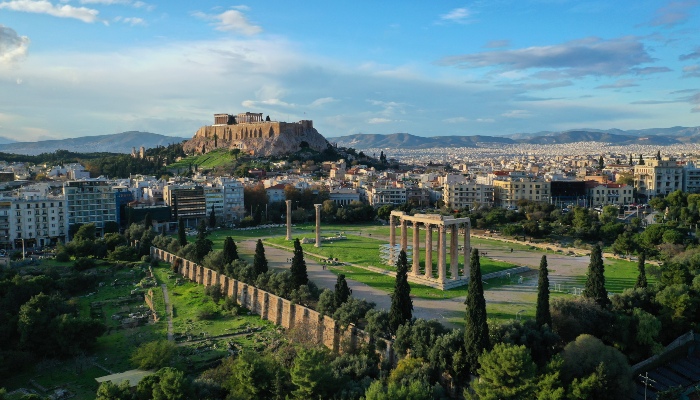 The Acropolis with Unforgettable Greece

Booking your bespoke tour with Unforgettable Greece will ensure that all the above concerns are taken care of. Your visit to the Acropolis will be booked as part of your wider tour, and we’ll supply expert English-speaking guides to accompany you for the full visit. Transfers from your hotel can also be arranged. Speak to our dedicated specialists to see how a comprehensive Acropolis tour can be included on your luxury tour of Athens…and beyond!