Located in the northwest Agean between Mount Pelion and the island of Evia, about 75 miles due north of Athens off the east coast of the mainland, the Sporades are one of the lesser-known and least-visited island groups in the Mediterranean. Remarkably verdant, only a few are inhabited, including Skiathos, Skopelos and Alonisso. They all host a wide range of beautiful beaches lapped by stunningly blue waters along with pine-fragrant hills that make this archipelago an ideal destination for nature lovers. Sporades Islands Overview While the Sporades archipelago can be reached by ferry from Agios Constantinos a couple hours north of Athens, many travelers fly into the international airport on the island of Skiathos. Sometimes referred to as the “Mykonos of the Sporades,” this island offers the most in terms of touristic facilities, including lots of nightlife options. It’s also home to some of the best beaches in Greece, with over 60 beaches along a 27-mile coastline. There are options for relaxing in secluded coves as well as beaches for enjoying water sports and lively stretches for partying. Skiathos town is filled with restaurants, bars, unique shops and luxury hotels, and boasts traditional architecture, including small whitewashed homes and red tiled roofs that makes it look like a postcard.

Skopelos is a nature lover’s paradise with forests, spectacular coastline and a variety of wildlife, including monk seals. It has multiple archaeological sites, monasteries and some 360 churches along with good nightlife options and fantastic dining. It was also the main filming location for “Mamma Mia!” Alonissos is popular with travelers seeking solitude, far away from the tourist crowds. It’s blessed with rugged natural landscapes, pine forests, olive groves and beautiful beaches with crystal-clear blue waters, as well as being home to the National Marine Park of Northern Sporades, a refuge for the Mediterranean monk seal, dolphins and rare sea birds. Sporades Islands History in a Nutshell Archaeological evidence has revealed that the Sporades have been inhabited from the Palaeolithic period. For several centuries, the Sporades were part of the great Minoan empire. After the mysterious demise of the civilization, the archipelago was dominated by the Mycenaeans. During both these periods, the islands flourished thanks to commercial domination which was at the root of the Minoans and Mycenaeans success.

Sporades was an ally with the Athenians during classical antiquity. In 478 BC Skiathos joined forces with the Athenians in the struggle against Persia, subsequently becoming part of the Athenian Alliance, enjoying a period of independence until the archipelago succumbed to Philip II of Macedonia and his son, Alexander the Great followed by the Romans in the 2nd century BC. After the fall of the Roman Empire, the Sporades suffered from many pirate invasions and were used as places of exile as the unfrequented backwaters of the Byzantine Empire. The islands fell under Venetian occupation in the 13th century, incorporated as part of the trade route for the Maritime Republic of Venice. They thrived due to the commercial traffic that passed through.

After centuries of relative peace, the Ottomans attacked in 1583, destroying villages and slaughtering inhabitants. The archipelago was virtually uninhabited for a generation before being liberated from the Ottomans and the Treaty of Constantinople of 1832. With Greece recognized as a sovereign nation, the Sporades were incorporated into the new Greek State. The islands were relatively unaffected by World War II although Skiathos Town was badly bombed. The earthquake of 1965 caused significant damage to old Alonissos Town which was abandoned – residents moved to the new town of Patitiri further down the coast.

Sporades Islands At A Glance 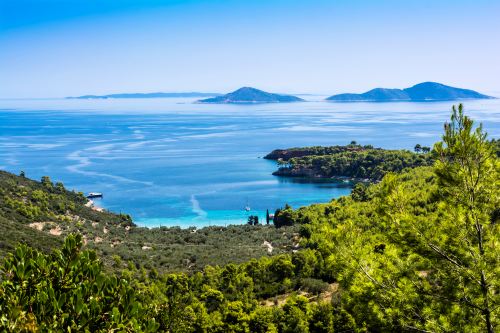 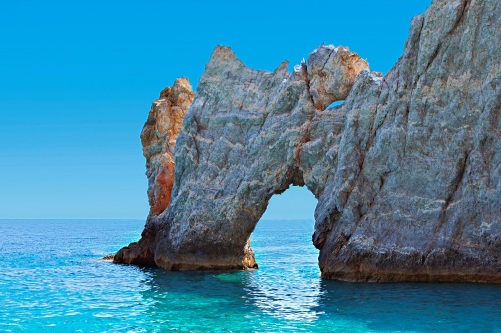 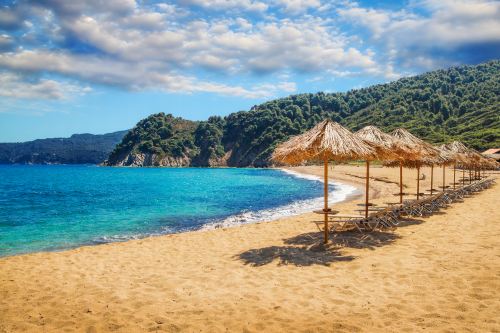 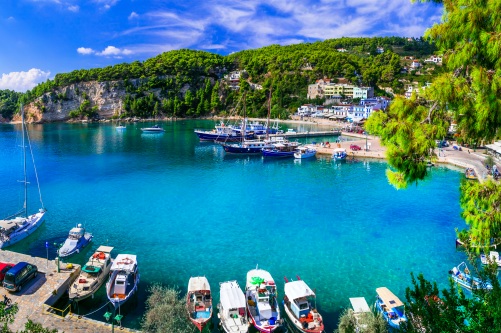 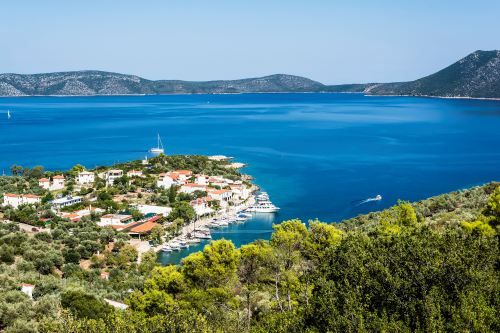 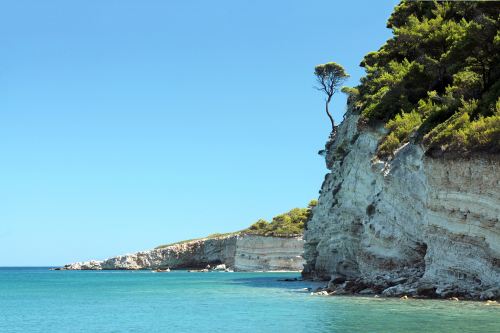 Things to do in Sporades Islands 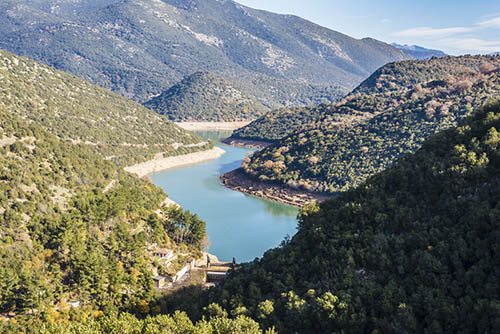 Two of the traditional villages in Arcadia, Dimitsana and Stemnitsa, are considered must-visits. The latter was famous in the past for its highly-skilled goldsmiths and silversmiths, bellmakers and metal workers. It hosts a number of beautiful 16th- and 17th-century churches as well as the Museum of Popular Art. Dimitsana played a significant role in the Greek war of resistance against the Ottomans and was the base for producing gunpowder. Just outside the village is the open-air hydraulic power museum, the only one of its kind in Greece, displaying the technology of the pre-industrial period which took advantage of the powerful force of water. You can tour the restored gunpowder mill, distillery, watermill and tanneries. 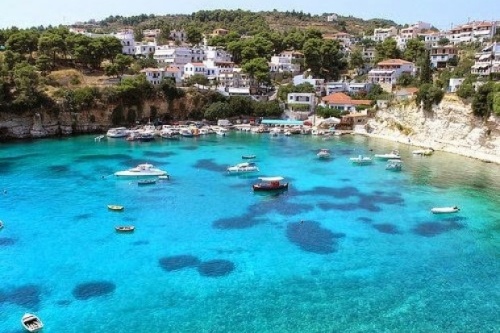 In the summer months, boats from Skopelos and Alonnisos offer tours through the National Marine Park, Europe’s largest marine park, which protects several rare seabirds and the endangered Mediterranean monk seal. While the seal can be difficult to glimpse, dolphins are frequently spotted. 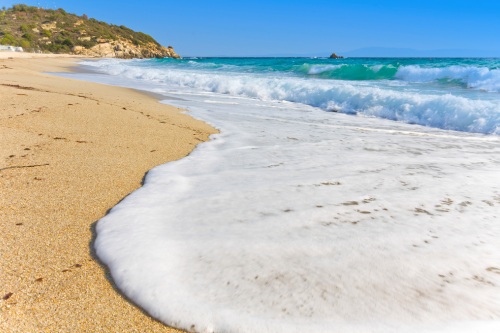 The Sporades are famous for their spectacular sandy beaches. Skiathos is home to large sandy stretches, many of which are organized and have water sports centers, beach bars and other facilities for tourists. Its most popular beaches are on the southern side, with the northern side more secluded, but also more affected by the wind. Agia Paraskevi, Banana, Koukounaries and Vromolimnos are especially beautiful and framed by crystal-clear turquoise water. The other islands have picturesque beaches surrounded by lush greenery, with Panormos on Skopelos a stretch with soft white pebbles and a relaxing atmosphere, popular with families. Alonissos is home to Agios Dimitrios, a large beach on its northern side that has umbrellas and sunbeds. 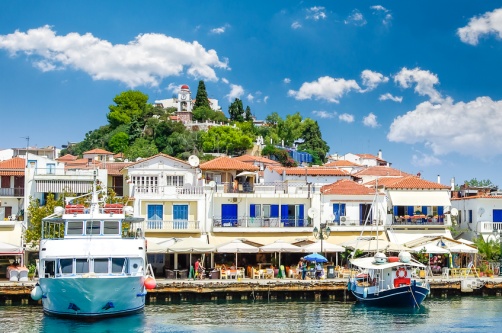 It’s worth making time to wander through the old town at Chora on Skiathos. You might want to start at Bourtzi Fortress, located on an islet at the east side of the harbor. Built by the Venetians, it offers a postcard-perfect view of the old port from terraces shaded by pine trees while the pretty waterfront is lined with cafes and restaurants. Walk the maze of narrow alleyways along the streets paved with marble stones to discover one-of-a-kind art galleries and shops as well as alluring eateries.

Yes please, I would like to receive information, offers, and up-to-date product news.

DATA PROTECTION NOTICE
By clicking ‘SIGN UP’ you consent to us sending you emailing you from time to time for feedback or with the latest offers and information on our products and services, brochures, forthcoming events or competitions. You also confirm that you have read and understood our Privacy Policy and consent to our use of your information. 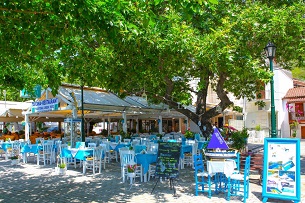 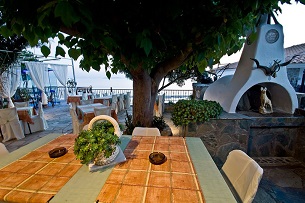 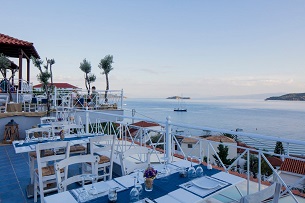 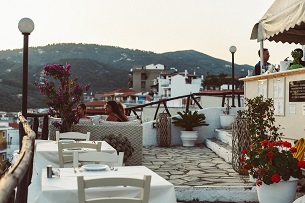 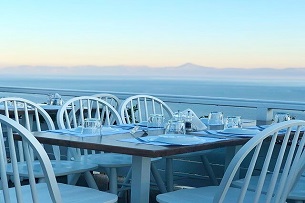