As one of the most popular tourist destinations in the world, Greece is not short of visitors flocking to see its picturesque towns, beautiful beaches, and crystal blue coastlines, with as many as 31.3 million people visiting in 2019. Whether it be for a city break, a spot of island hopping or simply soak up some sun, Greece has long welcomed travellers from all across the world and its borders continue to welcome tourists with open arms.

But, these crystal clear coastlines and breathtaking beaches will not be what we know and love in the next 80 years. With climate change expected to have a devastating impact on coastal erosion for islands and continents across the world, Greece will be no exception.

At Unforgettable Greece, we have conducted some research to find the most ‘at-risk’ coastal areas in Greece, which are predicted to have the highest amount of coastal erosion by the year 2100. Using this data, we have produced a set of before and after images – which can be seen using a scroll tool – to visualise the shocking impact that coastal erosion may have in some of Greece’s top holiday destinations in 80 years time.

Santorini’s iconic white-washed houses and rugged coastlines are nothing short of picture-perfect, and Fira undoubtedly takes the cakes when it comes to being one of the most beautiful towns in Santorini. It is the capital of the island and the largest settlement, and is known for being very cosmopolitan. Fira overlooks some of the island’s most mesmerising natural beauties, including the dramatic cliffs and volcanic islands, moulded over the centuries by the activity of the island’s volcano, the Santorini Caldera.

But by 2100, there is expected to be as much as 150m of erosion in areas along the coastline of Fira. For context, this is about the equivalent of the height of the iconic Spring Temple Buddha, located in Hedha, China, which is the second tallest statue in the world!

Below, you can see just how much difference this amount of erosion could have on the landscape of Fira, with the cliffside receding considerably. 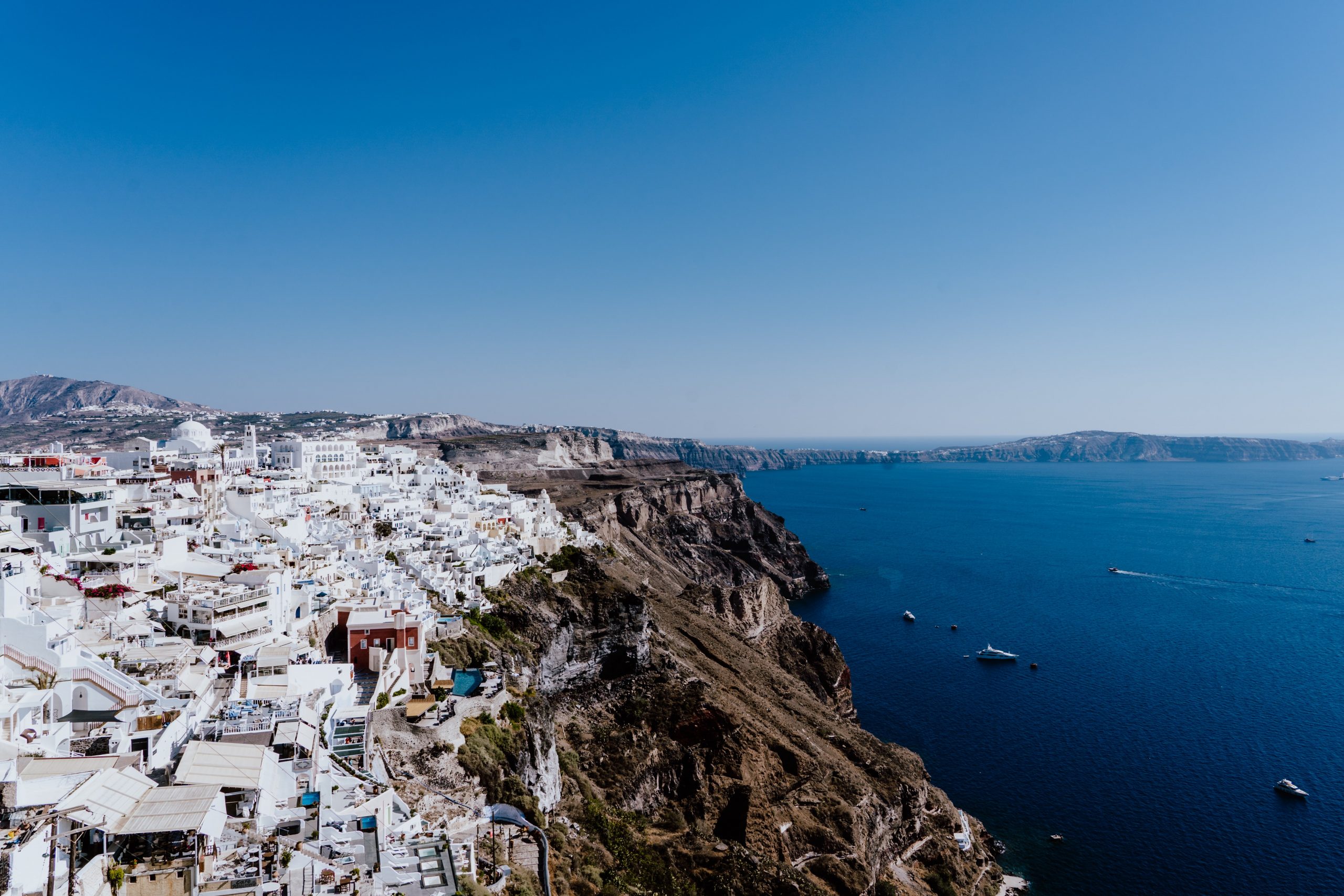 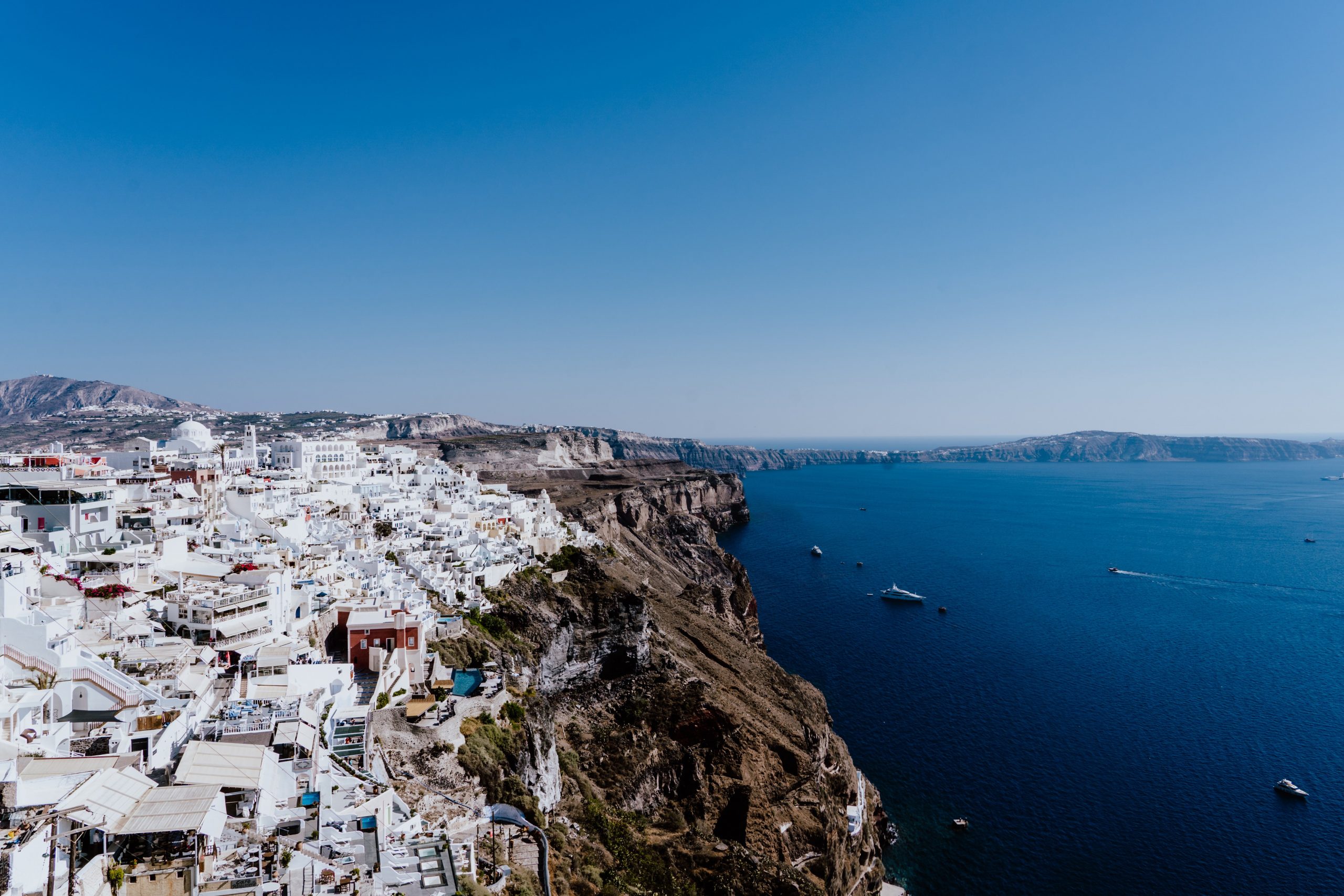 Unfortunately, there is expected to be as much as 304m of coastal erosion in the area around Myrtos Beach, which is almost the equivalent of the height of The Shard Building in London. This devastating impact of climate change would see the current-day Myrtos Beach completed eroded, which you can see for yourself in the images below. 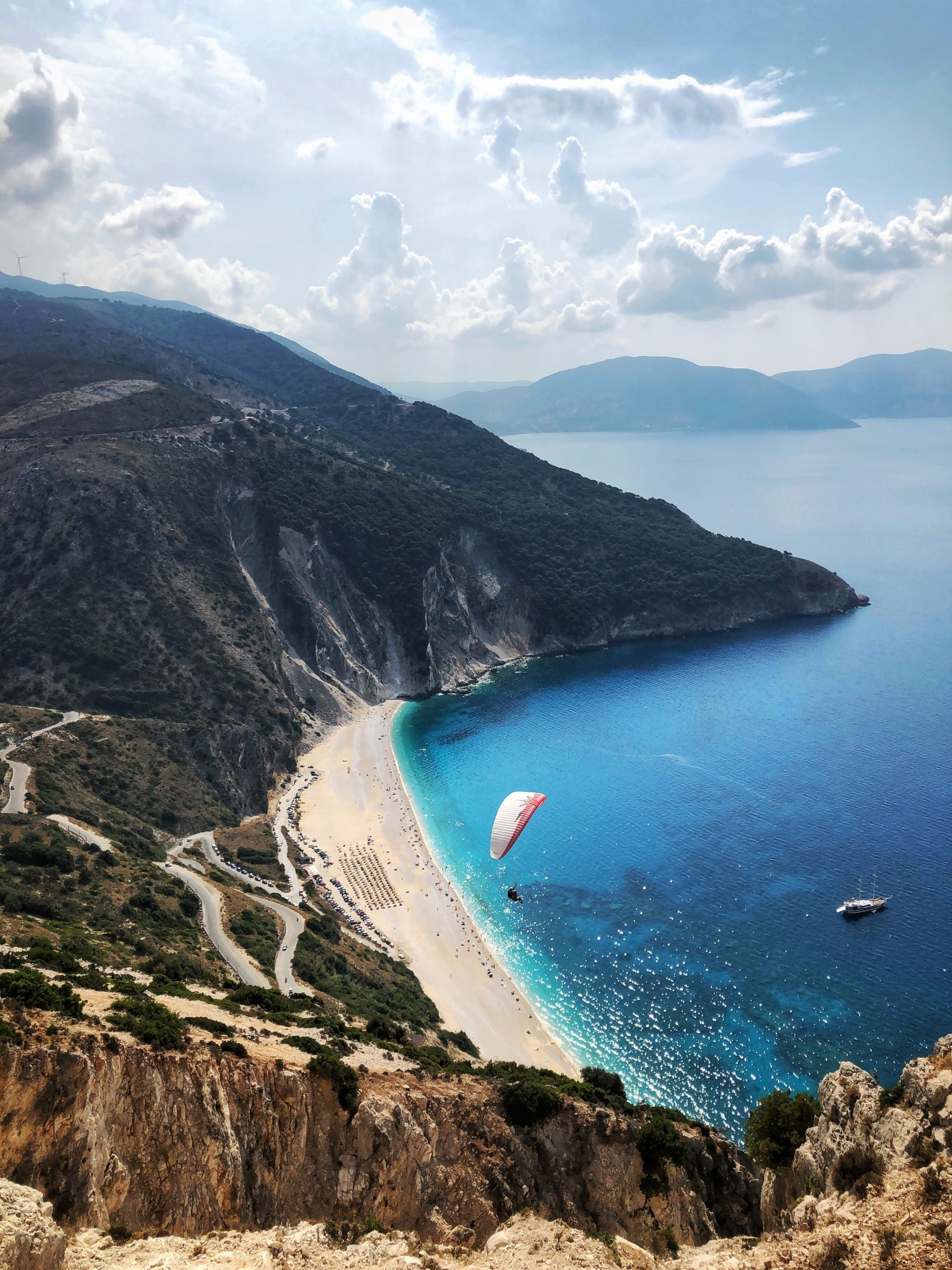 The Old Venetian Port of Chania is considered to be a cultural landmark both in Crete and in Greece. Visiting the harbour is likened to stepping back in time, and we can see why! It was built in the 1300s by the Venetians, with charming, brightly coloured architecture spread across the waterfront. It is one of the busiest parts of the city and is one of the most multicultural areas in Crete after being ruled by the Venetians, Ottomans, and the Egyptians, with many of its monuments living to tell the tale of its varied history.

The most iconic landmark in the port is the Egyptian Lighthouse of Chania, which is one of the oldest lighthouses in the world. It has been struck by several natural disasters over the course of history, so only the base remains as the original structure built by the Venetians, but, having dominated the pier for five centuries, it remains an ornament for the island to this day.

Coastal erosion by 2100 may leave the Old Port of Chania without one of its most iconic landmarks. With 114m of coastal erosion estimated in less than 80 years time, the Egyptian Lighthouse may not still stand at the end of this century and the harbours iconic architecture may begin to disappear. 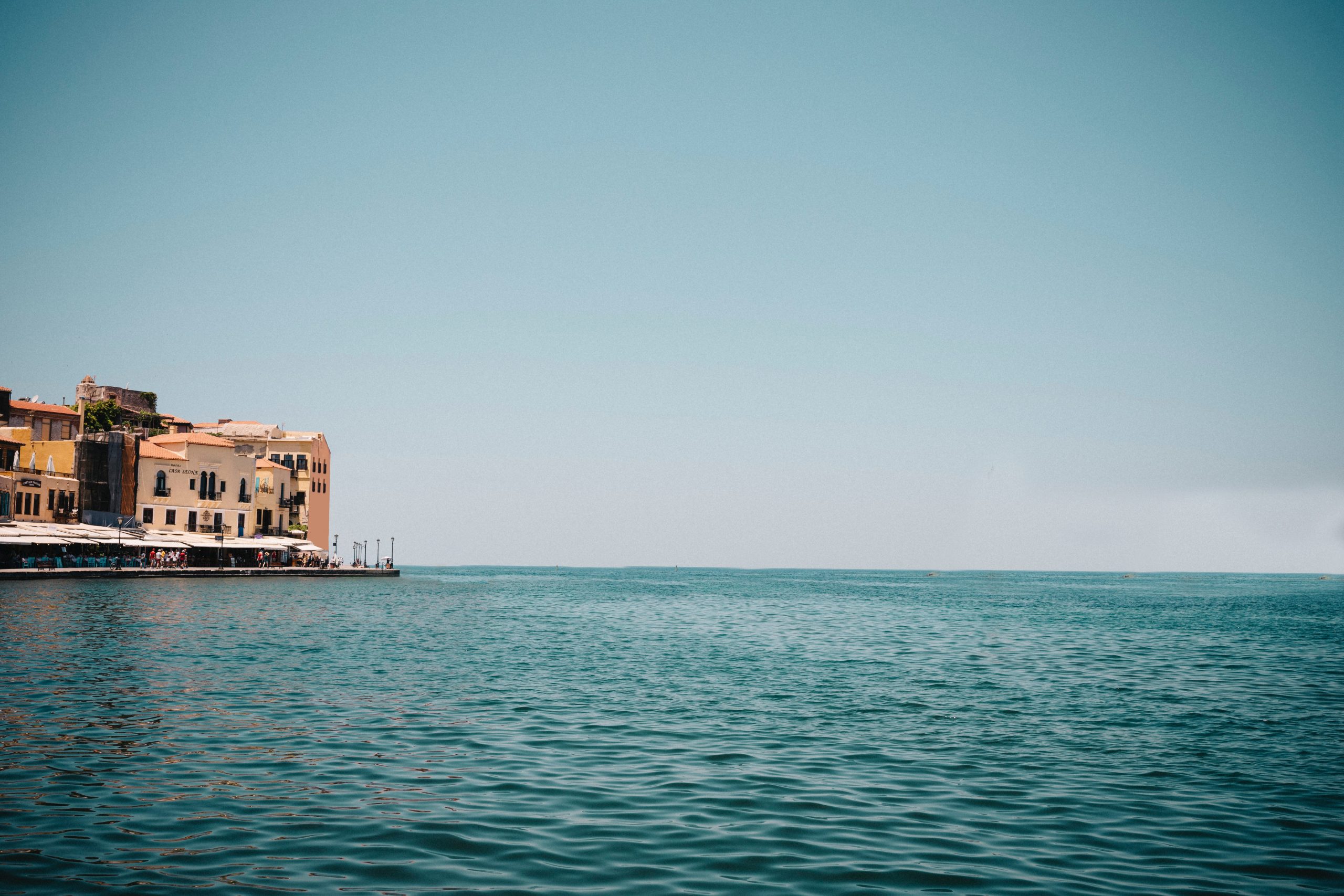 A firm favourite with tourists and locals alike, Naxos is a city on the island of Naxos, and is located on the West side of the island. The city features the iconic Port of Naxos, and famous historical ruins around the corner – the Temple of Apollo, or Portara, is a towering door-like structure overlooking the Aegean Sea and the city.

The city features beautiful white-washed overlapping buildings built upwards into the lands edge and a quaint pier front overlooking the port, with boats of all sizes anchored at this prime destination.

182m of coastal erosion is estimated to have etched into the landscape around the Port of Naxos by 2100, leaving this beautiful city receding further inland, as shown in the images below. 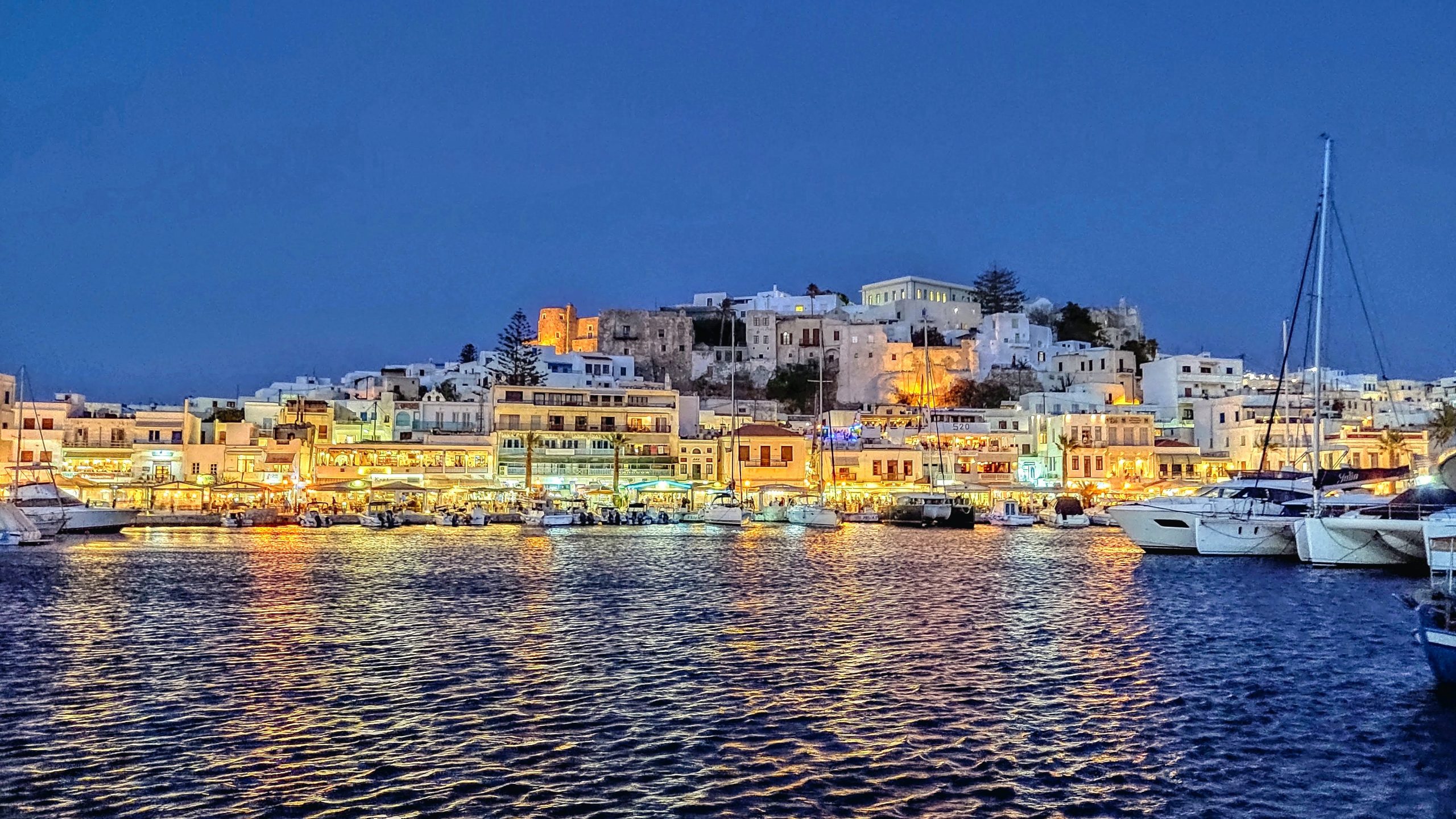 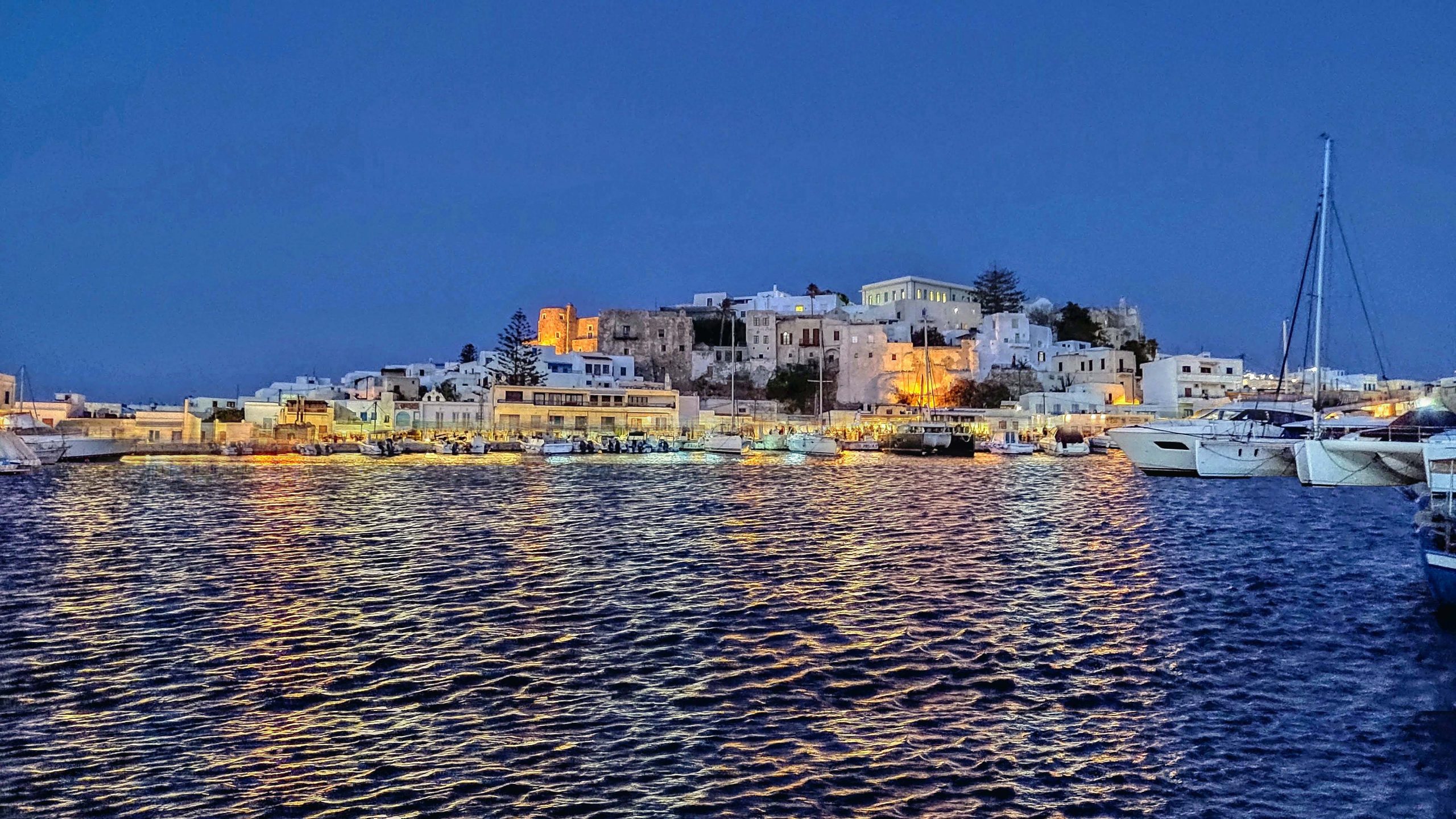 Often considered to be one of the most beautiful and romantic towns in Mykonos, Little Venice is a picturesque area with houses overhanging the seafront, and is a perfect spot to catch mesmerising sunsets. Admittedly, it isn’t much like the Venice we all know and love in Italy, and the name instead came from Mykonos’ Venetian rule which started in the 1200s. The landscape is dappled with old, colourful houses that are full of character, contrasting against the neighbouring Aegean Sea, making it a scenic and charming location that is simply bursting with life.

As much as 195m of coastal erosion is expected to imprint into the landscape of Little Venice, which would mean a lot of the town would cease to exist in less than 80 years time. The New York Plaza in New York is just over 195m tall, and so we could say we’d see a New York Plaza sized impact on the landscape of Mykonos. We’ve estimated what it could look like between now and 2100 below. 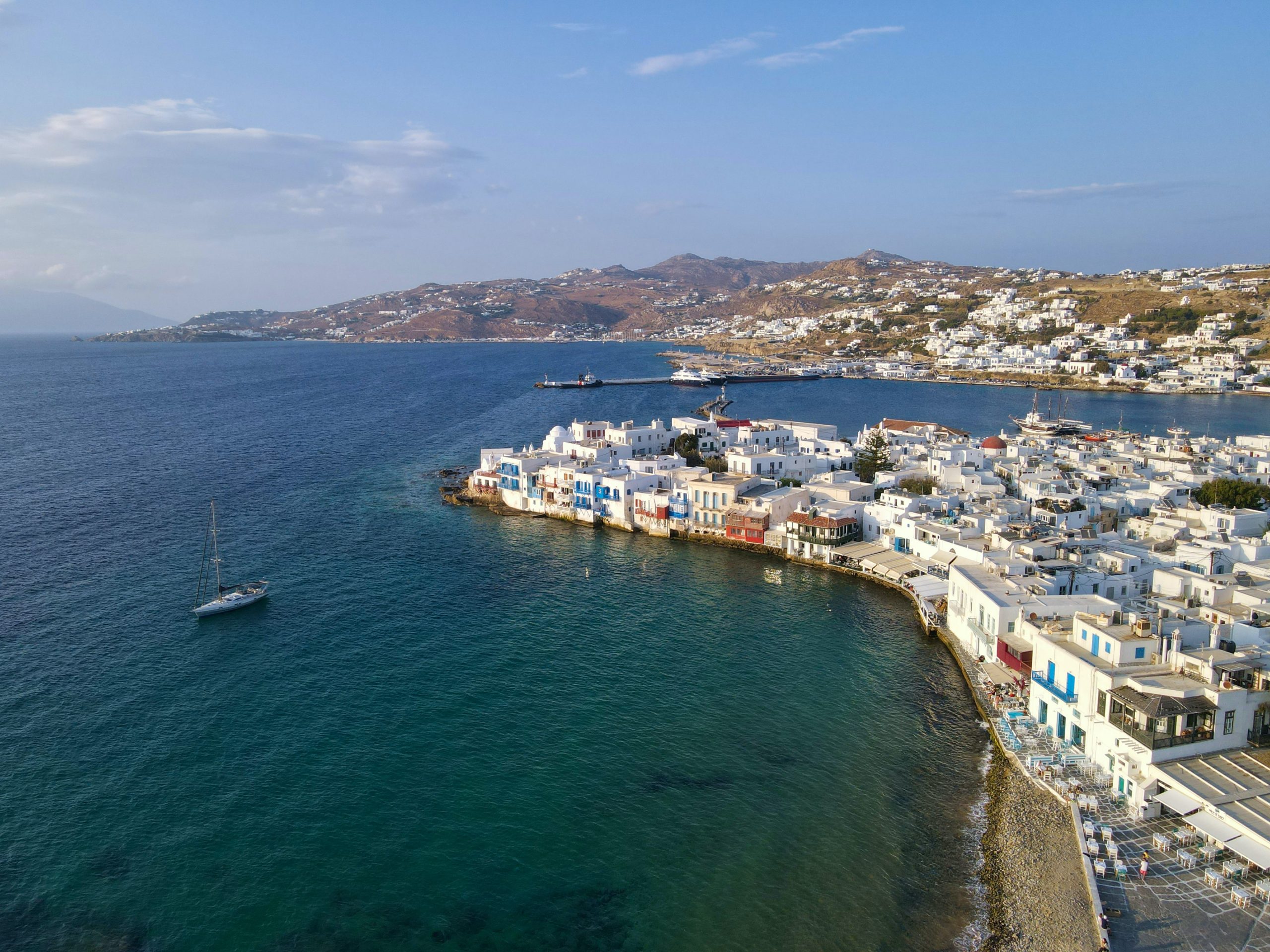 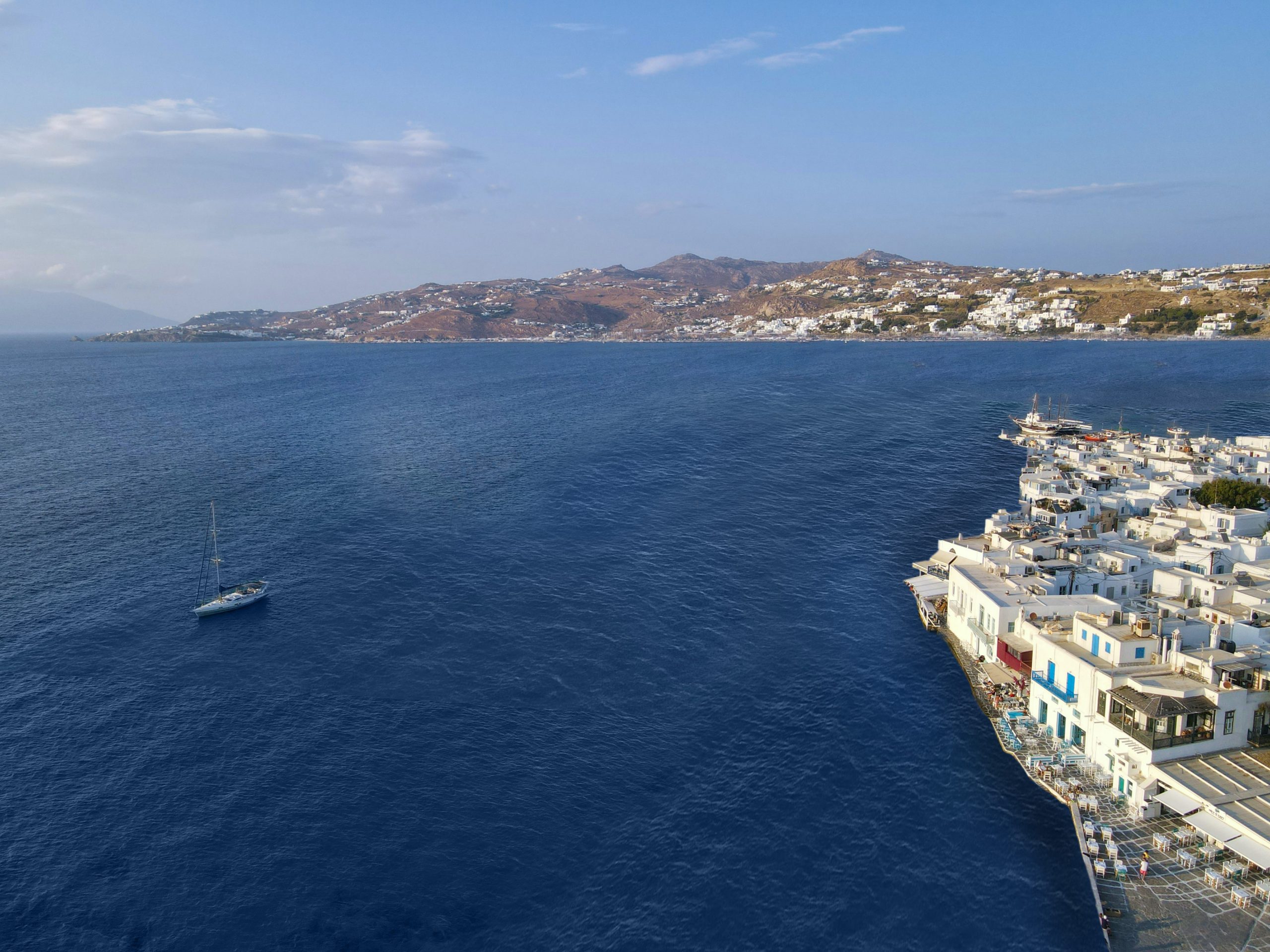 Time is ticking for these gorgeous holiday destinations, so it might be time to book your tickets and soak in the scenery… before it’s too late.

We sourced the data from the European Data Journalism Network, which featured an interactive map that we used to hone in on Greece.

We chose five well-known and popular Greek island destinations and used the interactive map to find areas that indicated a high level of coastal erosion estimated to occur by 2100.

This erosion was then calculated and superimposed on images of the location using Photoshop.