7,10,14 nightsfrom $1,395 Per Personsantorini
Call NowRequest a Quote
Best For: This is a sample itinerary which can be tailored based on the number of nights, hotel preference and budget. 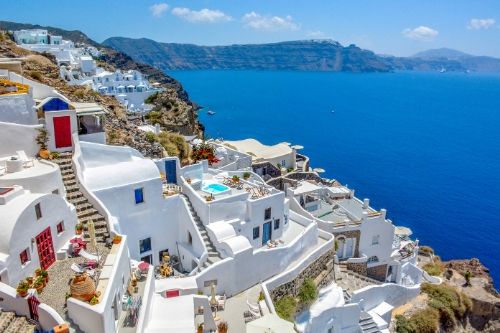 This tour will bring you to two of the most popular Greek islands with time to explore the capital that birthed western civilization.

Explore Athens’ Acropolis, the symbol of the ancient city with its iconic Parthenon and some of the most breathtaking views around.

Santorini has been referred to as the “supermodel” of the islands with its jaw-dropping cliffs that soar out of a sea-filled caldera, topped by whitewashed villages. 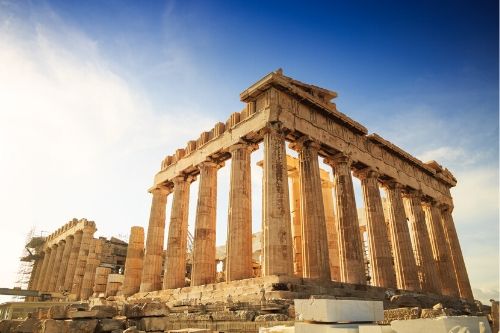 Why Book with Unforgettable Greece

Legendary for its long, rich history and unforgettable attractions like the iconic Parthenon that rises above the city, Athens is a city that should be on every travel bucket list. While its famous sites where Plato and Socrates once walked are what draw many here, the Greek capital also offers plenty of modern delights, from world-class museums and art galleries to endless restaurants offering mouthwatering Greek and international fare.

The birthplace of theater, democracy and Western civilization, Athens is a must-visit for any history, architecture or archaeology enthusiast, with the strikingly white columns of the Parthenon providing just a glimpse of what’s to come. There are few cities that can rival Athens when it comes to historical prominence, but it’s also a place where you can watch residents as they make their way to the local markets or play a sidewalk game of chess, enjoying a slower-paced, more laid-back way of life. After dark, the contrasts truly come to light, with the scent of spiced lamb filling the air from tavernas, Omonia Square all lit up and music blaring from the dance clubs.

The stunning Acropolis, visible from nearly every vantage point across Athens, is still the temple city’s hub and a daily reminder of Greek heritage. While the remains of ancient Greece tend to get the most attention, there are plenty of surprises, from live music performances set up in restaurants and on sidewalks to energetic art shows, fabulous street art and much more. Just a short drive on the Attica peninsula are fantastic beaches, while monasteries with incredible Byzantine mosaics and mineral-filled lakes can easily be reached in less than an hour as well.

Cosmopolitan Mykonos is renowned for its lively nightlife that provides endless excitement after dark and beautiful beaches for soaking up sunshine during the day.

A place to see and be seen, it’s also ideal for celebrity spotting and shopping, with winding streets lined with art galleries and interesting shops.

The isle offers plenty of beauty to gaze at and capture on film, like iconic Cycladic buildings with whitewashed windmills that overlook Mykonos Town.

Mykonos is renowned for its five-star hotels and decadent parties, attracting superyachts and supermodels with opportunities to dance from dusk ‘til dawn. Sip tropical cocktails under the Aegean sun at more than 30 beaches, with those on the south side famous for their incredible variety of beach bars, clubs, and restaurants. Surrounded by crystal-clear turquoise waters, it’s an ideal island for swimming as well as for taking part in more thrilling water sports like jet-skiing, parasailing, and scuba diving. With high-end shopping like Louis Vuitton, you’ll have plenty of opportunities to rub elbows with the rich and famous or spoil yourself with handmade accessories, designer labels, leather goods, local art, jewelry and more. A true shoppers’ paradise, where the stores are always open – most stay open well past midnight during peak season.

The nightlife is what attracts many to Mykonos, best started by heading to one of the endless places for fine dining, with famed restaurants like Interni serving Mediterranean fare infused with flavors from around the world and Ling Ling by Hakkasan, an open-air Cantonese restaurant. There are plenty of authentic Greek eateries serving dishes like louza, thin slices of pork cooked in the sun with thyme and oregano, and of course, baklava for dessert. Afterwards you’ll find nearly an overwhelming selection of famous bars and clubs for sampling the nightlife, like Astra in Mykonos Town. A fixture here for decades, it’s a more mellow spot to enjoy a drink early on, but as the night progresses it really heats up. A fiberoptic ceiling mimics the night sky, pulsing in time to the music, where everyone from Keith Richards to Monaco’s royalty have been seen out on the dance floor.

Santorini oozes romance, one of the reasons it’s so popular for honeymoons and all sorts of romantic escapes, though it’s on or near the top of just about every travelers’ bucket list. Stepping off the ferry you might think that you’ve stepped into a dream, with the endless whitewashed buildings adorned with blue doors and shutters, creating a breathtaking palette that reflects the sea and the sky, built into rugged cliffs that slope down to the glistening waters below. It’s all about jaw-dropping views, which can be found just about everywhere on this crescent-shaped outcrop.

On the island’s northern tip at Oia, churches, hotels, and homes spill down rock walls, creating one of the planet’s most stunning backdrops, though the scenery at sea level is just as impressive. While Santorini may not have many white sand beaches for lounging on, it does boast some of the most unique stretches on the planet, like Red Beach, where the cliffs with their fiery-red hue are turned into crimson sand at the bottom and framed by dazzling cerulean water. Of course, Santorini is well known for its black sand beaches like Perivolos and Perissa and Perivolos, but it also offers several beaches with white sand as well. Wine enthusiasts can take advantage of fine local wine which is especially high quality due to the land’s volcanic elements. It flows almost as freely as the hot springs near the volcano, with vineyards and wineries dotted across the island, including Boutari Winery, established back in 1879.

Lets our Greece travel experts design a personal quote for you within 24 hours.

Request a quoteOR CALL US ONCall us Now